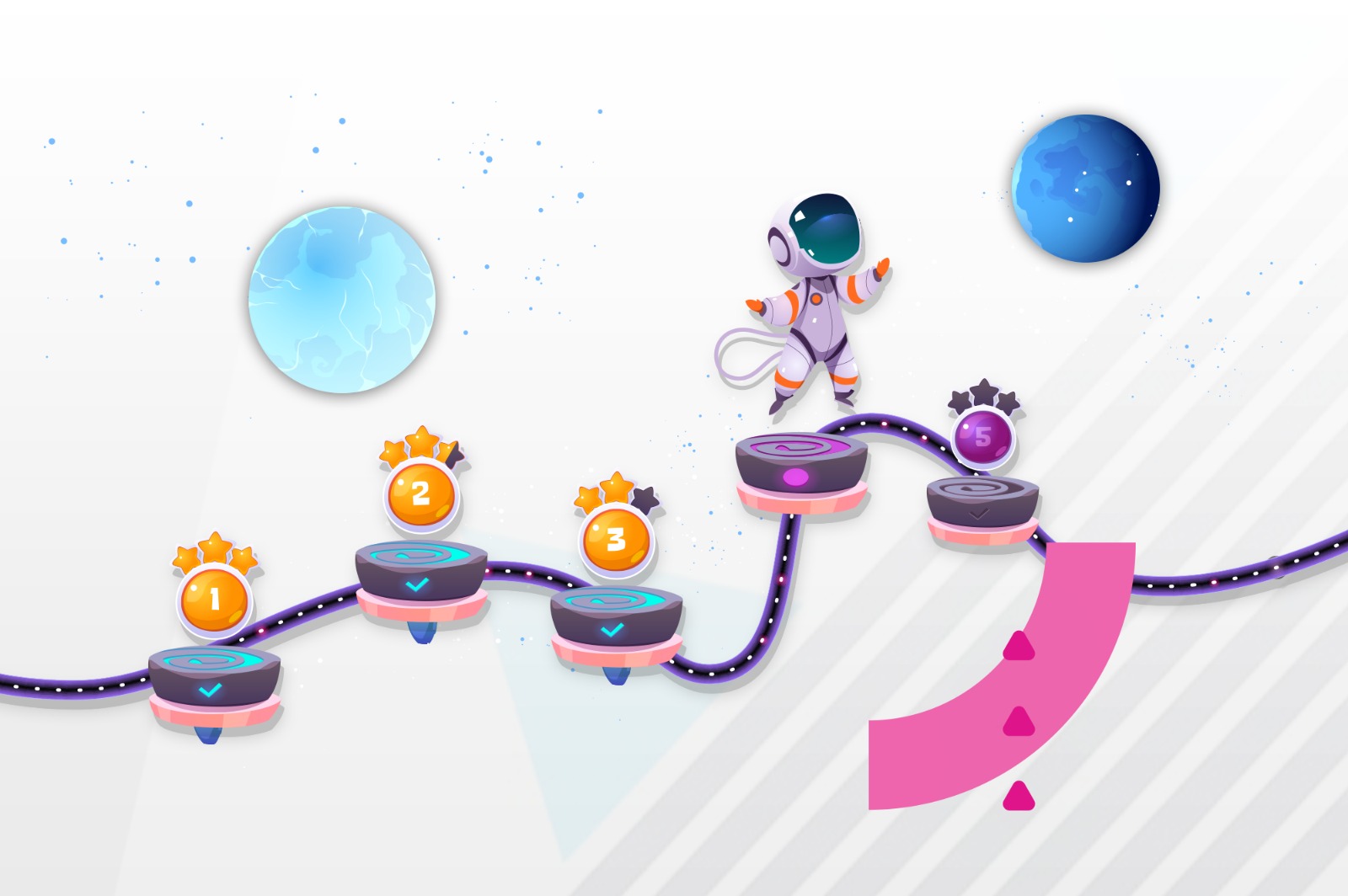 For sure, you have encountered the concept of Level in the games you played before. So what is the thing that we call ‘Level’?

Level is an element used in a game so that players can see where they are and how they progressed. Levels can be dependent on only one factor, or they can be affected by different situations. We can think of the primary determinant of level as quantity. In different game mechanics, this amount, for example, the amount of points, combined with factors such as time, repetition determines the level.

There are some points to be considered while leveling. The first of these is the expected performance from the player in the level and according to this, the expected leveling up time. The first level is very important for the player at this point. The first level occurs at the discovery period of the player, the beginning level, is the reason of the player to make the first decision about the game. In order to turn this decision into positive, it is necessary to avoid that the initial level includes costs a lot of time and high effort work. Otherwise, the feeling of failure and impatience can drain the player’s excitement towards leveling up and leave a negative first impression.

Gamification is based on motivation. Level is one of the elements that provide this motivation. Levels up based on one’s progress. Skipping this level is important both in terms of seeing the situation of the person and gaining motivation.

There may be different methods of providing the two most important features of the level, representing situation and providing motivation. Colors, numbers and symbols can be used to show the users at what level they are and what grade they are in. The fact that the grade they are in is supported by visuals helps the users to identify themselves with the environment and immerse themselves in the story. However, with the factors such as the colors and symbols used, the person can feel the emotions that the difficulty and purpose of the level want to reflect.

It’s a fact that, the rewards and badges given at the end of the levels are useful in order to provide motivation. The users’ desire to reach this award will be in parallel with their effort to level up. In addition, the level must be passable. When determining the difficulty of the levels, it is necessary to make sure that they are suitable for the progress of the people. It would be wrong to set a difficult goal for a beginner users, and it would be just as unmotivating to set a level goal below their experience, as it would quickly pass to an advanced person.

If the level is created with the specified criteria and user-oriented, the user’s experience, continuity and efficiency will increase depending on his motivation.